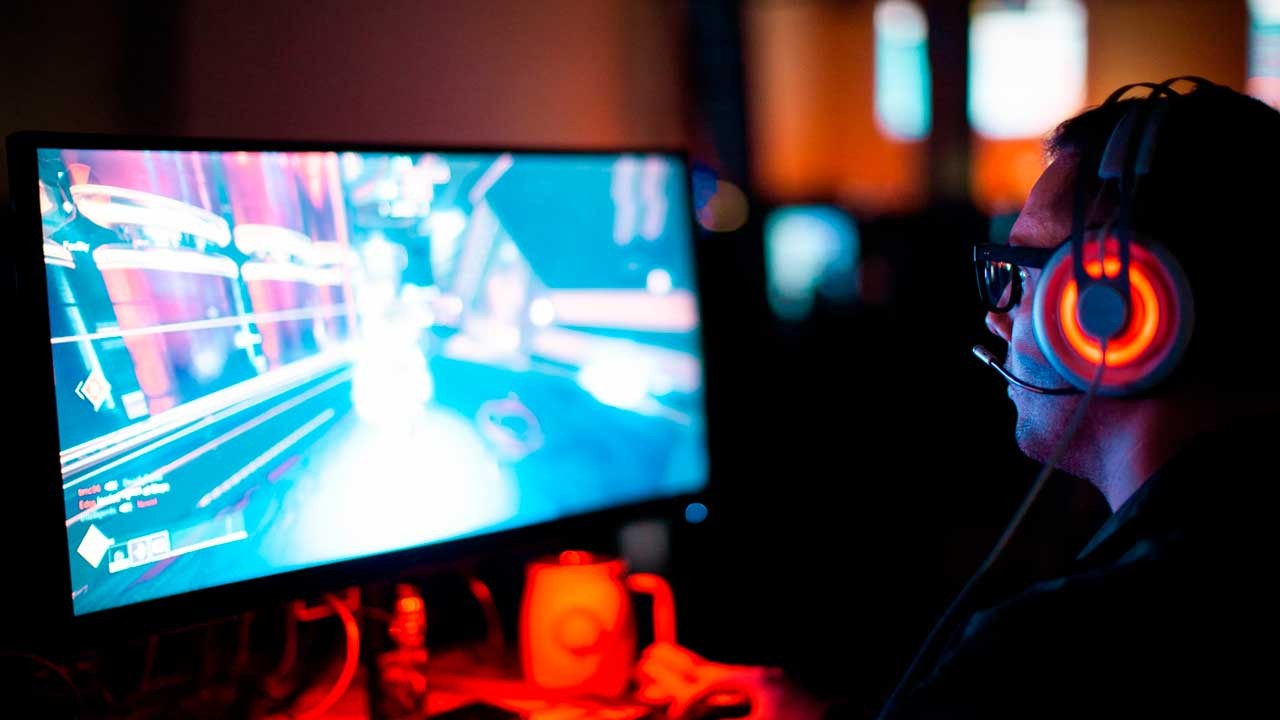 Some players like Mr Jacobs have turned mastering the art of trading in virtual goods into a tremendously profitable career, while other gamers boasting high disposable incomes will happily spend thousands of dollars on items to accelerate their progress instead of ‘grinding’ - performing repetitive tasks for many hours to advance in a game.

A virtual castle in fantasy game Shroud of the Avatar, advertised as a “prime piece of real estate”, recently sold for $6,000 (£4,500), while earlier this year an ultra-rare sniper rifle sold for $61,000 (£46,000) in multiplayer first-person shooter video game Counter-Strike: Global Offensive.

In the epic space war game EVE Online, wealthy players are rumoured to have dropped upwards of $50,000 (£37,000) to purchase a fleet of powerful spaceships for their alliance, while another wealthy Chinese alliance commander confirmed spending $70,000 (£53,000) on the game to a player who spoke to the Telegraph.

While Real Money Trading (RMT) for items is forbidden in EVE, players do spend real money on items called PLEX, which can then be traded for Interstellar Kredits (ISK), the title’s in-game currency, for purchasing cosmetics and services.

“We do have some people who will spend thousands of dollars on buying PLEX from us to build a big-ass ship that’s worth a couple of thousand dollars in the game,” one virtual trader told The Telegraph. “And the next month get into a battle, have it blown up, then have to build another one.”

He suggests the motivation behind players purchasing vanity items includes trying to “stand out from the crowd” and “wanting to impress friends or improve gameplay”.

“For most people who are buying virtual assets, it enhances the gameplay. People feel better and have a higher self-esteem as a result of it,” says Dr Griffiths.

“Gamers know what they’re buying, they’re not being forced into it,” he adds. “Their attitude is, ‘It’s my money, I can do what I want. I’m not going beyond my disposable income

In recent years, many game developers have adopted a “free-to-play” model, allowing gamers to download their games and play them for free. So how do they make money? There are three basic techniques:

Of course, that’s if the developer is publishing its own game.

If a developer works for a publisher, then there are two main models.

Let’s say the publisher advanced the developer $5M for developing the game. The developer will not receive one penny of royalties until the game has sold enough that the developer’s percentage of the sales would have been $5M. (Note that in all my years in the game industry, have I have never known a developer who worked on a project for me to have earned any royalties). In a publishing license agreement, the developer may also be granted certain rights, such as right of first refusal to make a sequel, or a percentage of character merchandise rights.

Over the past five years, the gaming industry has more than doubled, rocketing to $43.8 ?billion in revenue in 2018, according to the NPD Group. Skilled gamers — buoyed by the rise of streaming platforms like Google’s YouTube and Amazon’s Twitch — have turned into stars who can not only attract millions of fans but also earn millions of dollars. Top Twitch streamer Tyler "Ninja" Blevins, for example, has said he made $10 ?million in 2018 playing online game Fortnite.

"There’s been incredible [revenue] growth across the board," says Mike Aragon, who oversees Twitch’s partnerships with streamers as senior vp content. "The entire ecosystem has become more mainstream."

Being a professional video gamer has become so lucrative, in fact, that disputes are arising about who has the right to the advertising revenue and brand endorsements that have started to roll in for top streamers. On May? 20, esports player Turner "Tfue" Tenney became the first major player to sue his team, FaZe Clan, alleging that it has limited his business opportunities and pocketed 80 ?percent of his earnings in violation of California’s Talent Agencies Act. FaZe Clan responded claiming that it has collected "a total of $60,000" of the "millions" Tenney has earned since signing with the team.

admissions careers gamingindustry news
Gamers Form all over the word willing to spend lots on gaming
Why Twitch is the market leader of Live Game Streaming?